Ah, yes. the age-old animal rights debate: Do animals feel pain, causing them to suffer in a similar way that we humans do?

It's a question that I've fiercely been trying to answer and defend to the best of my ability. Along the way, I've found a few really great neurological and philosophical studies that really back up my firm stance that YES, animals feel pain. YES, animals suffer.

http://www.grandin.com/welfare/animals.are.not.things.html
"When the structure of the brain and nervous system is studied, there is no black and white line between people and higher mammals such as chimps, dogs or cows. The genome project has shown that humans and mice share many genes (Gunter and Dhand, 2002). In mammals 30 to 40% of all genes are involved in nervous system development and function. The basic design of the nervous system and the neural mechanisms that process fear and pain are similar in humans and other mammals (Rogan and LeDoux, 1996). Colpaert et al. (2001) reported that rats will self medicate themselves with pain killers to relieve pain in arthritic joints.. Pain and fear both cause suffering. As nervous system and brain complexity increases the welfare needs of the animal increase and become more complex, but all animals that have sufficient nervous systems complexity to suffer from either pain or fear need basic welfare protections. Animals with complex brains also have greater social needs and a need for greater environmental enrichment.

With the framework outlined above, I can argue that animals can be property and still have a high standard of welfare. However, I will argue very strongly that animals need many protections because they are not things like a screwdriver. As the phylogenetic tree of animal species is climbed, protection from suffering must be increased. Chimps would require more protection and need different kinds of protection than frogs to insure that they would not suffer. Chimps have a more complex brain than frogs and a rich social life. As nervous system complexity increases, the animal needs increasing amounts of protection from society to insure that it does not suffer from pain, fear or a lack of environmental and social stimulation. Even though the phylogenetic tree is not linear it moves along its various branches from less complex nervous systems to more complex. Comparative physiology and psychology has shown that there is a broad range of nervous system complexity. As complexity increases a brain forms in the head of the animal that becomes increasingly complex. Different animals can be ranked in order of brain complexity. For example, ranking from less complex to more complex would be clams, lobsters, fish, birds, mice, dogs, apes, chimpanzees and people. There are some animals that are approximately equal in nervous system complexity such as dogs and pigs. Both rats and chimps should have equal protection from pain and fear, but the chimp may need additional protection to insure that it has adequate social stimulation. Chimps have a greater need for social and environmental stimulation than rats but new research indicates that even mice need social stimulation to prevent abnormal stereotypic behavior (Bohannon, 2002). Simple environmental enrichments such as materials to burrow in and several compansions are probably adequate for a rat, but a chimp needs much more,"

http://www.animal-rights-library.com/texts-m/singer03.htm
"Nearly all the external signs that lead us to infer pain in other humans can be seen in other species, especially the species most closely related to us--the species of mammals and birds. The behavioral signs include writhing, facial contortions, moaning, yelping or other forms of calling, attempts to avoid the source of the pain, appearance of fear at the prospect of its repetition, and so on. In addition, we know that these animals have nervous systems very like ours, which respond physiologically like ours do when the animal is in circumstances in which we would feel pain: an initial rise of blood pressure, dilated pupils, perspiration, an increased pulse rate, and, if the stimulus continues, a fall in blood pressure. Although human beings have a more developed cerebral cortex than other animals, this part of the brain is concerned with thinking functions rather than with basic impulses, emotions, and feelings. These impulses, emotions, and feelings are located in the diencephalon, which is well developed in many other species of animals, especially mammals and birds.[1]"

Additionally, Lord Brain (awesome name!), one of the most eminent neurologists of our time, has said:
I personally can see no reason for conceding mind to my fellow men and denying it to animals. […] I at least cannot doubt that the interests and activities of animals are correlated with awareness and feeling in the same way as my own, and which may be, for aught I know, just as vivid.[2]
Posted by Stephanie at 6:56 AM 0 comments 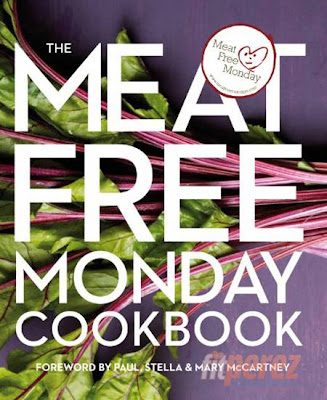 Sir Paul McCartney will go head-to-head with Jamie Oliver today with the launch of his first cookbook, aimed at persuading people to eat less meat.

The former Beatle, who over the weekend celebrated his wedding to Nancy Shevell with a star-studded party in New York, has co-written The Meat Free Monday Cookbook, which is based on his family’s 2009 campaign to make people go meat-free for one day a week.

In launching his book just weeks before Christmas, Sir Paul will be taking on celebrity chef Jamie Oliver at his own game.

However Sir Paul’s publisher, Kyle Books, has big ideas for the musician’s cookbook.

Around 40,000 copies of 240-page book have already been shipped to UK stores, and more are being printed. The book will also be launched internationally in Australia, France, Germany, Holland and Finland later this year. A US launch is scheduled for February.

Royalties from the book will go directly to finance the Meat Free Monday campaign.

Sir Paul’s book contains some if his favourite vegetarian recipes but he has enlisted a little help from his celebrity friends such as Twiggy, the model, and Kevin Spacey, the actor, who have also contributed recipes.

Sir Paul’s contributions include recipes for ‘refried bean tacos’ and ‘super vegetable salad’. Twiggy has given a recipe for ‘mozzarella pasta’ while Mr Spacey has ventured a recipe for ‘lentil stew with pan-fried halloumi and pomegranite’.

Inspired by a United Nations report, Sir Paul and his family launched the Meat Free Monday campaign in 2009 as a means of helping to slow climate change.

The campaign came about after Sir Paul, who is a long-time vegetarian, discovered that the global livestock industry is responsible for up to a fifth of all greenhouse gas emissions, either through nitrous oxide from animal slurry, methane from animals’ rears and carbon dioxide from crops to feed farmed animals.

In the book’s foreword, Sir Paul explains how by going vegetarian for just one day a week, people can “make a huge difference for the better and set a new pattern for the future of this beautiful planet that we all inhabit”.

Speaking about the launch Sir Paul said that the book “goes to the heart” of several important political, environmental and ethical issues, such as pollution, health and the ethical treatment of animals.

In the foreword, he also suggests that going meat free one day a week also has economic advantages.

“In difficult economic times, people discovered that have at least one meat-free day in their week helped their family budget,” he says.

Sir Paul’s first wife Linda, who died in 1998, became a figurehead of the vegetarian movement in the UK. As well as writing several vegetarian cookbooks she started the Linda McCartney Foods company, which specialized in vegetarian and vegan foods.

Oxfam has found that replacing red meat and vegetables just one day a week could cut an individual’s annual emissions by the equivalent of a 1,160-mile car trip.

Posted by Stephanie at 7:01 AM 0 comments

I will live simply by investing in people and reducing my dependence on stuff so that I may truly love all that’s been given to me and create a better world for those around me.
Posted by Stephanie at 1:47 PM 0 comments

Woman on a mission to find cute vegan shoes (and they're on sale, too!) 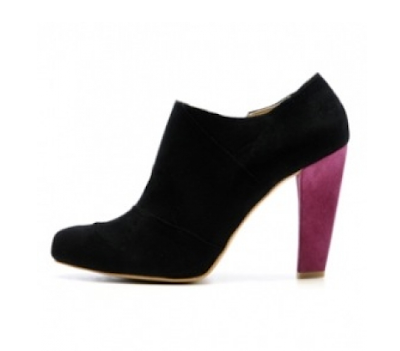 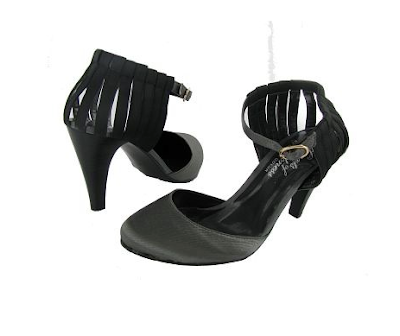 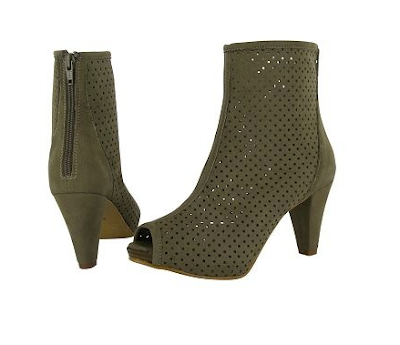 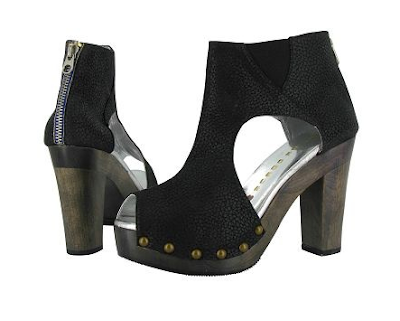 Email ThisBlogThis!Share to TwitterShare to FacebookShare to Pinterest
Labels: Eco-Beauty 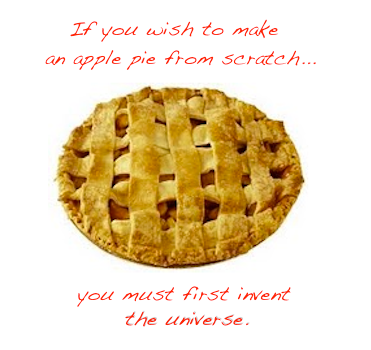 Posted by Stephanie at 1:05 PM 0 comments

Humans — who enslave, castrate, experiment on, and fillet other animals — have had an understandable penchant for pretending animals do not feel pain. A sharp distinction between humans and 'animals' is essential if we are to bend them to our will, make them work for us, wear them, eat them — without any disquieting tinges of guilt or regret. It is unseemly of us, who often behave so unfeelingly toward other animals, to contend that only humans can suffer. The behavior of other animals renders such pretensions specious. They are just too much like us.
Posted by Stephanie at 12:08 PM 1 comments 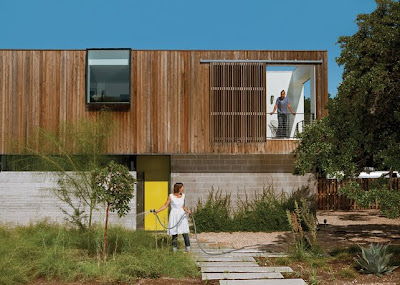 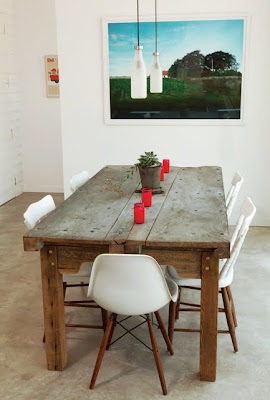 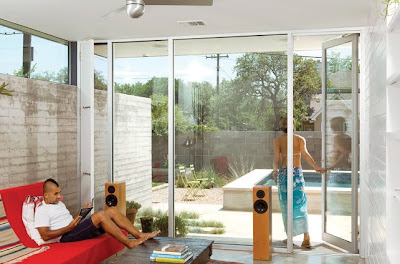 Posted by Stephanie at 8:37 AM 0 comments